Our experts will reply you very soon.

Flame Rods: A Complete And Detailed Explanation Of Working Procedure 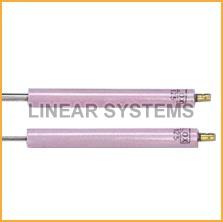 Flame rods from Flame Rod Exporter for Gas Flames, are being used on processing burner pilots to ensure the presence of a flame. To finish a circuit, flame rods use the ionisation/rectification process. When the flame rod is turned on, the current generates a positive charge that draws the negative ions in the flame. Positive ions are generally attracted to the pilot tip's grounding area. The assumption is that by collecting more positively charged ions from the ground than ionized particles from the flame rod, the flow of electrons is "rectified," or flowing in just one way. This generates the direct current signal, which is utilised to detect the existence of flame.


During a typical gas burner sequential manner, the ignition device (spark or hot surface igniter) will activate and gas will be delivered to the burner. When the fuel/air mixture approaches the ignition source, a flame will form.


Problems with the flame testing process can affect the burner system to stop down inconveniently. As a result, there is no heat.

The term "flame rectification" refers to a typical way of proving flame. In the path of the flame is a special metal rod. This is referred to as a "flame sensor" or "flame rod." Flame rods are utilized in almost all induced draught burner designs and many forced draught burners.


In a word, the flame rectifying mechanism is an electrical mechanism that conducts a low-level DC current from the flame rod to the flames and back to the ground. Technicians can test flame current by connecting a metre that detects DC microamps to the flame rod.


This system's two greatest assets are its extremely fast responsiveness (within microseconds) and its inability to be bypassed or defeated. One of the flaws is that the quantity of flame current is relatively low and may be readily reduced.


Because the flame rod, flame, and metal portions of the burners and manifolds are all part of a very reduced power electric circuit, they are prone to the same difficulties as all-electric circuits. As these elements become dusty, rusted, or corroded, the electrical channel becomes corrupted, and the flame current can be reduced even though the flame is effectively produced and everything is running normally.

Flame rods are rarely changed unless they are substantially damaged or broken in some way. The flame rod and burner tip must be cleaned to fix this issue. The flame quality should also be checked, as a poor flame that is lethargic or lifts off the burner would also break the flame rectifying circuit. The same is true for the electrical connections to the flame rods and the ground connectors.


Clean flame rods from Flame Rod Exporter in Mumbai for Gas Flames with a strong steel stiff brush or steel wool. Sandpaper, plumber's roll, and any other corrosive should never be used. This would scratch the flame rod's surface.


Finding and removing impurities from the combustible air supply is the greatest long-term solution to annoyance flame failures and dirty flame sensors. It may be required to pipe clean external air into the device enclosure for burning, or to employ a piece of direct vent equipment that utilizes outside air for burning.


Recognize that, while cleansing a flame rod from Flame Rod Exporter for Gas Flames, is a relatively simple remedy, there is frequently more to the matter. This is an opportunity to apply your understanding of the underlying reason for flame rod problems to provide a long-term solution for your customers and more business for your organisation.

This entry was posted on February, 15, 2022 at 12 : 18 pm and is filed under Flame Rods. You can follow any responses to this entry through the RSS 2.0 feed. You can leave a response from your own site.